2021.1.0 is the first major release of the year, aptly named “Eos” after the goddess of the dawn.

This release is incompatible with previous versions, so be sure to download the latest client and upgrade your server!

Let’s run through some highlights for this release.

Much of the original configurations for the VR controls were unintuitive, and sometimes outright wrong. Improvements have been made:

Models can now use their original pivot as specified in their 3D modelling application of choice. This is done through a new ‘Use Original Pivot’ property in the ‘Create’ app.

All entities now have a billboard mode allowing them to face the camera in ‘yaw’ or ‘full’ mode if desired. This simple but effective rendering feature can help with graphical tricks and interesting customization of worlds.

Vircadia has had all of its ‘Alpha’ references removed in the latest release.

Vircadia supports a diverse range of functionality under its Apache 2.0 open source codebase. The project is a large and mature one in many aspects. As such, it does not make sense to label the entire project as alpha when only some components of it are in the alpha stages of their development.

The 'What is Vircadia' has been added in order to better outline supported use cases. 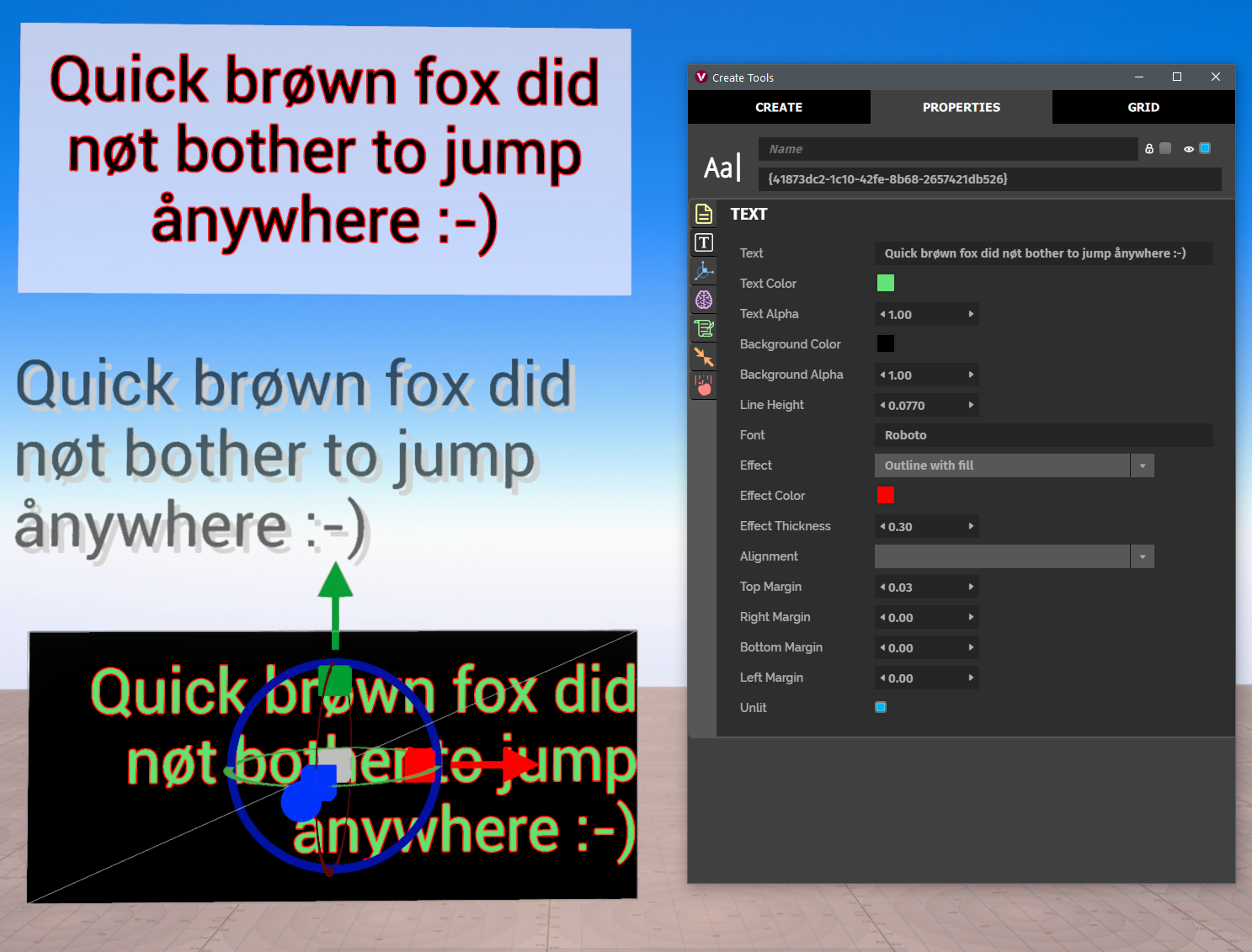 There have been many changes and improvements in the ecosystem.

You can view the full release notes here.

Thanks to this month’s contributors! #

Vircadia is an open source metaverse platform. It is a cross-platform ecosystem, with support for Web natively for end-users and all other platforms (e.g. Windows, macOS, Linux) for developers through SDKs.

We need documentation writers! The platform is constantly evolving and has plenty of documentation to help new users and veteran develoeprs alike take full advantage of it. Even the small things make a huge impact.

If you are multilingual, our international users could use your help!

If you simply want to help out on small things such as typos, errors, short guides, etc. your help and participation is appreciated!

We need developers! Vircadia has many components, you can contribute to any of the following: